By Luis Rodriguez  ·  November 05, 2006
There is much in New Orleans that needs to be fixed – much in the lack of trust in this government, in official help, in the forgetfulness that tends to mar most tragedies. But here people can’t and won’t forget last year’s Katrina hurricane (much of the devastated areas are still in need of repair). They are mostly united around this event – the worst natural disaster in the US in more than 100 years. And there are also many instances of heroism, generosity, and sacrifice. However, as economics and politics will have it, this city like most of the Gulf Coast region, is also divided along class lines (rich and poor), racial lines (a long morbid history in this part of the world), and lines of disconnection.

Fortunately, besides the much-touted revival in the tourist trade, which is important for New Orleans’ economic growth, there is also a revival in the arts: Music, song, dance, poetry, theater, and writing.

I am honored to be part of this year’s Words and Music Festival, sponsored by Pirate’s Alley Faulkner Society. Cofounder Rosemary James is a wonderful host. Most interesting is this year’s theme, “The Contributions of Spain and Latin America to US Life & Literature.”

Most people don’t know that Louisiana, and New Orleans in particular, was once a Spanish colony. The French Quarter, as my new friend Margarita Bergen (and well-known New Orleans community leader) said during a small tour she gave me and my daughter Andrea (who came here to visit with me for a few days), "should properly be called the `Spanish Quarter'.”

On almost every street corner, the former Spanish names of the streets are laid out below the now French ones. In fact, Margarita says most of the French names came from the Anglo settlers after the US bought the Louisiana Purchase for $12 million in 1803. Although the French (the founders were originally from Canada) founded the port city on the Mississippi and held it for quite some time, the Spanish influence is palpable and strong.

There is even a strong connection to Mexico, land of my forebears (they were not from Spain, but indigenous Mexico). A Mexican brass band visited New Orleans in the 1800s, leading to an important, but often forgotten, influence on the local Creole/African culture. Brass instruments, which came from Europe, were taken up by indigenous musicians in Mexico similar to what happened with former African slaves and free Blacks. New Orleans is known as the birthplace of Jazz – and the Mexican brass band connection to this original cultural expression is one we shouldn’t overlook any longer. 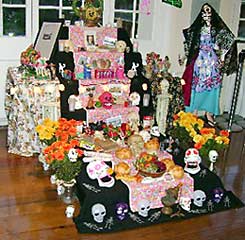 Like most US history, New Orleans has a most complicated and trans-cultural history. This conference helped remind us about how important each aspect of this history is to making New Orleans the city we’ve all learned to respect and love throughout the world.
general
Do you like this post?
Tweet