2012 Updates - In the Crucible of Change 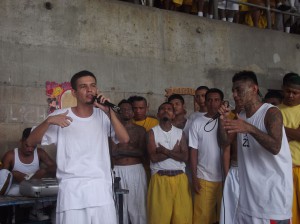 [/caption] It’s been a while since I wrote a blogpost. Other than the post on becoming vice-presidential candidate this month for the Justice Party, I haven’t had a chance to write since April. In that time, however, I’ve been active in social media (Facebook, Linkedin, and Twitter) and have had a few things published in the Huffington Post, the Progressive magazine, and Fox News Latino. One of the reasons for my absence was that my webmaster had family emergencies—I wish him well and pray he and his family will be strong through any ordeal. I now have old friends helping me with this website from the large Tia Chucha Family (staff, board members, volunteers, and community members of Tia Chucha’s Centro Cultural and Bookstore—www.tiachucha.com), including Michael Centeno, for which I’m most grateful.

o As previously mentioned, I’m now Rocky Anderson’s running mate for the newly-formed but growing Justice Party. You can find out more at http://www.justicepartyusa.net/

o I was chosen as one of sixty “fascinating people” in Los Angeles in May by the L.A. Weekly: http://blogs.laweekly.com/arts/2012/05/luis_j_rodriguez_people_2012.php

o I co-produced the film “Rushing Waters, Rising Dreams: How the Arts are Transforming a Community,” written and directed by John F. Cantu. I also co-edited the book of the same name with Denise Sandoval, published by Tia Chucha Press (the publishing wing of Tia Chucha’s Centro Cultural).  Both have been released in May, with film screenings all over the city and other parts of the country; the book is available through any bookstore or other book outlet.

o I became part of the Transnational Advisory Group in Support of the Peace Process in El Salvador that from July 20 to July 27 sent an 11-member delegation to the country to assess the gang peace truce from March of the Mara Salvatrucha-13 and Barrio 18, the country’s largest street gangs—and advise and assist where possible. As a member of this delegation—which consisted of human rights leaders, a psychologist, a lawyer, and gang prevention/intervention experts from Los Angeles, New York City, the Washington D.C. area, the San Francisco Bay area, and London—we visited prisons, including for women, non-governmental agencies, schools, factories, and the government ministries of education, health, and public safety (including heads of the prison system).  We also met with gang leaders of the truce in prisons and in the streets. You can find out more on the piece I wrote for Fox News Latino: http://latino.foxnews.com/latino/news/2012/07/31/gang-peace-in-el-salvador-opportunity-cant-afford-to-miss/

o My youngest son, Luis, 18, graduated in June from the Social Justice & Humanitas Academy of the Cesar Chavez Learning Academies in Sylmar/San Fernando. He’s now been accepted to the University of California, Riverside. His brother, Ruben, 24, is finishing Mission Community College, with classes at College of the Canyons, and should be at a bigger institution himself by next spring.

o My oldest son, Ramiro, 37, successfully completed two years of parole since being released from prison in July of 2010. He’s still in Chicago and working with BUILD in their gang prevention/intervention programs. I’m proud of his efforts.

o My daughter Andrea, 35, is still director of a cooperative pre-school in the Eagle Rock/Silverlake area. We also just heard her boyfriend Sean Patrick Kenney has asked her hand in marriage—and she said yes. I’m happy for both of them.

o My youngest granddaughter Catalina, 16, was accepted this summer in the theater program of Summer School for the Arts of the California Institute of the Arts in Valencia, CA. I also had visits with my other granddaughters Anastasia and Amanda in Illinois, and my oldest grandson, Ricardo, who turns 20 this year, is doing well in his first year of college.

o Tia Chucha’s Centro Cultural and Bookstore is now the official “LibroTraficante” site for Los Angeles to celebrate banned books in light of the destruction of Raza Studies in Tucson AZ and the removal of around 50 books of literature, history, and more.

My work with the Network for Revolutionary Change—founded in Chicago last October—continues on a national and local level. It’s aim is to bring together the often scattered leaders and organizations in various fronts of struggle—be they in labor, veteran’s rights, immigrant rights, justice against police abuse, poverty, and more—toward independent political strategizing and organizing across the United States. I have an NRC event in San Francisco at the Red Poppy on August 20. To find out more go to http://networkforrevolutionarychange.org/index.html

There is more to report, I’m sure, but I’ll leave you all with this. Stay tuned for further developments. Stay in peace and in justice.